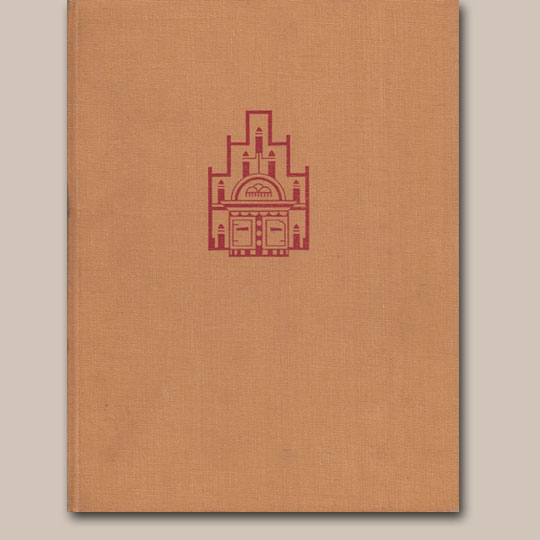 HOPI KACHINAS by Edwin Earle with text by Edward Kennard

Foreword to the First Edition

“The dances of the Pueblo Indians have attracted visitors from all parts of the world. These dances are the most elaborate and colorful performances still carried on by the Indians of the States, and many white visitors have gone to the Southwest to wonder at these rites of receiving the gods visibly present among mortals and impersonated by them.

“The dances are rewarding enough merely as spectacles, but that is only a small part of their significance in Pueblo life.  To the Indians themselves they are each one a scene in the drama of the gods and their relation with men, a drama that runs through the whole year and sustains the well-being of the village.  More and more visitors are curious about this significance of the Pueblo dances but descriptions of the meaning of the ceremonies as the Indian sees it are difficult of access and forbidding in terminology.  We are fortunate that in this volume, the artist has vividly rendered the costumes of the Hopi as pure spectacle, and the author, out of his own long residence among these Indians and from anthropological monographs of thirty and forty years ago, has described the meaning of the drama of the gods as the Hopi Indian is taught to know it.  It is not easy for an outsider to learn this meaning, and of those who are privileged to see the dances not one person in several thousands has the patience and the training to gain this understanding.  But the appreciation of the spectacle by all who see it and by all who are interested in it will be many times enriched by Dr. Kennard’s account of the way in which the Kachinas form the web and woof of a Hopi’s conception of the world. 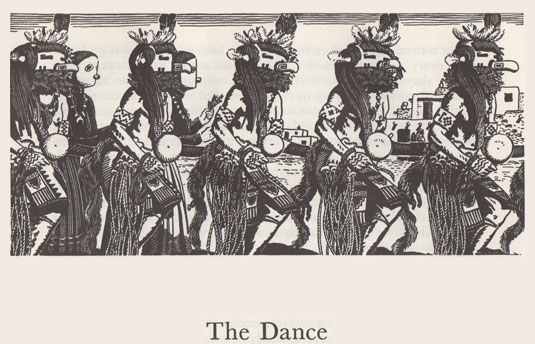