HOW TO MAKE BASKETS [SOLD] 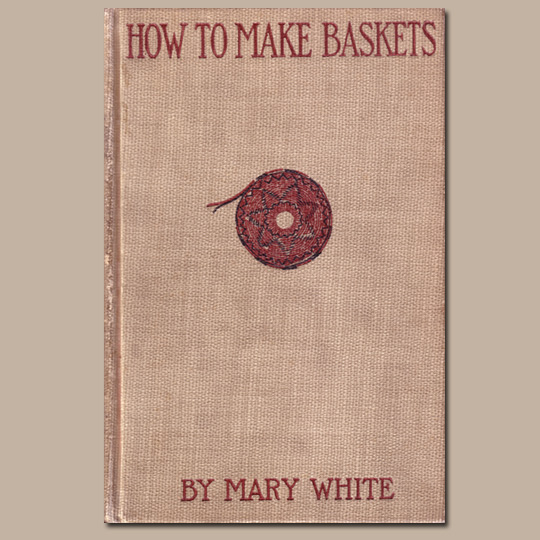 FROM THE PREFACE: The twisting and weaving of Nature’s materials, grasses, twigs, rushes and vines, into useful and beautiful forms seems almost instinctive in man.  Perhaps it came to him as the nest-weaving instinct come to birds—for at first he used it as they do, in the building of his house.  Later, shields and boats were formed of wicker work, but how long ago the first basket was made no one is wise enough to tell us.

Today Indian tribes in South America weave baskets from their native palms, South African negroes use reeds and roots, while the Chinese and Japanese are wonderful workman in this as in other arts and industries; but basketry has come down to us more directly through the American Indian.  Generations of these weavers have produced masterpieces, many of which are preserved in our museums, and the young basket maker need not go on long pilgrimages to study the old masters of his craft.

Note:  not only was Mary White an author on the subject of basket making, she had a business on Bay Ridge in Brooklyn, New York.  The basket making business advertised as "Pure Vegetable Dyes and Special Materials for Basketry" at the back of her book "How to Make Baskets" first published in 1901. 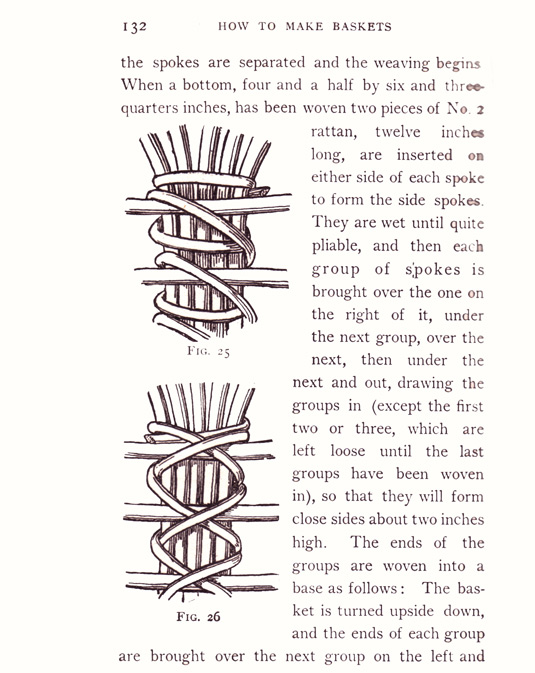