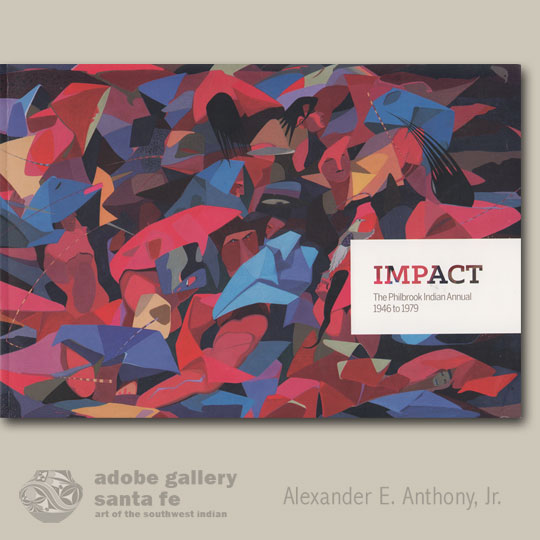 For more than Thirty-three years (1946-1979), the Philbrook Indian Annual played a singular role in the presentation, reception, and understanding of Native American fine art.  In hindsight, this represents one of the most significant periods in the museum's history.

The creation and perception of Native American art evolved rapidly during this time period.  In response, the Philbrook Indian Annual uniquely positioned itself by encouraging broad participation, geographically and culturally, and displaying a wide range of styles and media.  During its run, 930 artists from more than 200 Native communities participated. Nearly 4,000 objects were juried, displayed, and often purchased. Indeed— among artists, collectors and collecting institutions—the Indian Annual quickly became the clearinghouse of ideas, shared expression, and new directions defining contemporary Native American art.

With this exhibition, Philbrook revisits and critically examines this important element of its history.

Impact is the first exhibition to focus exclusively on the history of the Philbrook Indian Annual.  Sixty-nine full-color plates of Native art are displayed by artists from many Indian tribes. The names of the artists will be recognized by anyone who has collected Native paintings.