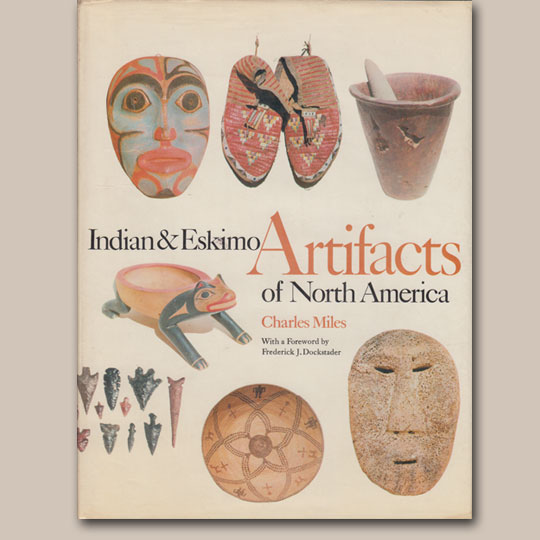 by Charles Miles with a Foreword by Frederick J. Dockstader

In this primarily pictorial guide with explanatory captions, Charles Miles has organized photographs of over two thousand examples of all of the major kinds of North American native-made and -used artifacts, and presents them under several functional headings.  Tools, weapons, pottery, basketry, clothing, boats, and ceremonial regalia are shown, often in close-ups which present technical details of manufacture rarely found in books on this subject.