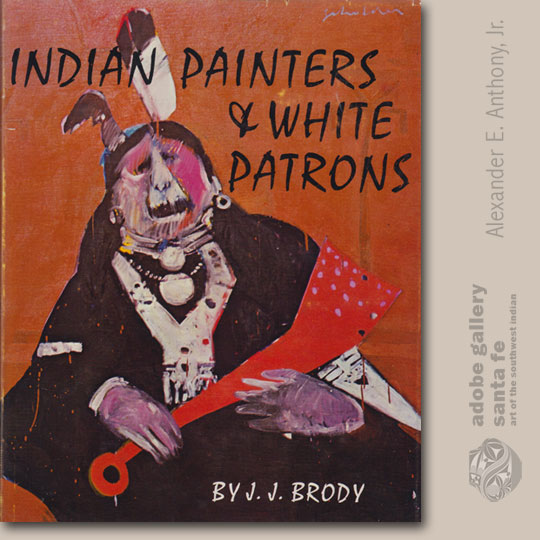 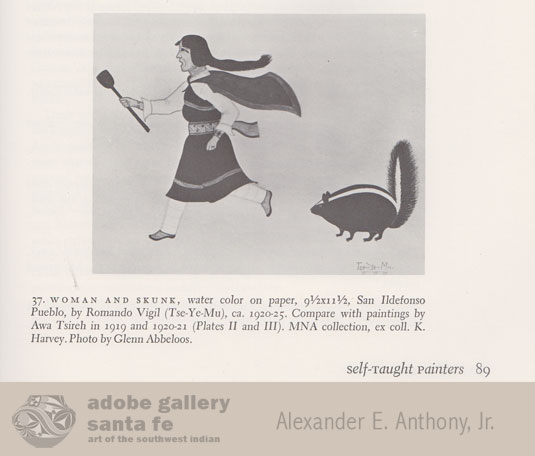 Illustrated with 100 reproductions of Indian art work, some in color

“In this major work of criticism in art and social history, Dr. Brody demonstrates that modern Indian painting has been, until 1962, not a truly native expression derived from aboriginal forms but merely a passive response to White paternalism.  He deflates the notion that this is a true primitive art form and presents a much-needed chronology of the relationship between Indian and White in the revival of an Indian art form in the late 19th and early 20th centuries.  It has been, according to Dr. Brody, an art produced by Indians for Whites, an invention rather than a revival, with little or no relationship to earlier pictorial modes and functions among the Indians.

“In reaching these revisionist conclusions, the author surveys the archaeological evidence of prehistoric Indian art throughout the United States, traces early contacts between Indians and Europeans, and describes Indian-White relationships in the 19th and 20th centuries.  He analyzes the development of modern Indian painting from the craft revival of the late 19th century to self-taught Pueblo painters who emerged about 1916 under the patronage of the Santa Fe intellectual community; the early institutional painters trained by Dorothy Dunn and Oscar Jacobson; the later institutional painters with whom the art began to lose its decorative quality; and the painters of the new era which began with the founding of the American Institute of Indian Arts in 1962 and which emphasizes expressionistic and experimental painting in the contemporary mode of White art.  Paradoxically therefore, Dr. Brody says, the death of paternalistic Indian painting was necessary for the birth of an independent art whose content is relevant to modern Indian life.”

I. American Indian Painting Prior to The Twentieth Century

The Studio of the Santa Fe Indian School

VII. The Transition to the Mainstream