Journeys Through the Winds of Time—Bill Worrell 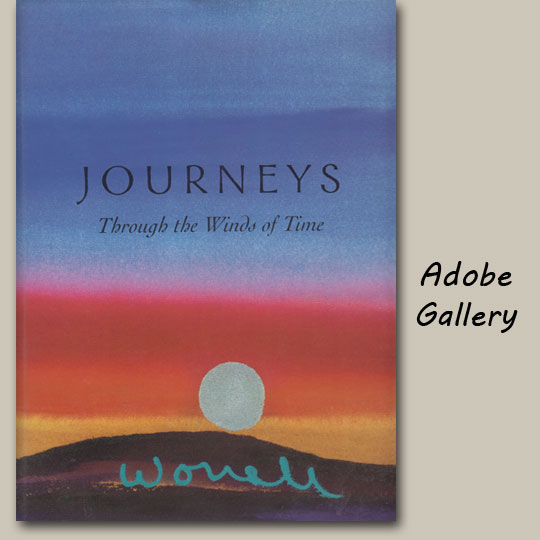 Journeys Through the Winds of Time-Bill Worrell

"As early as the second grade, Bill Worrell displayed an interest in archaeology. He had a fascination with flaked flint and almost blinded himself in attempts to chip arrowheads. A half century later his interest in the ancient prevails; his sculptures and paintings are inspired by images painted on the cave walls of the Lower Pecos River over 40 centuries ago.

"Worrell is quick to state his works are not recordings, but rather interpretations of this ancient art form. . . When sculpting and painting, Worrell often writes simultaneously. He also writes along the backroads, while dining, and sometimes even in the hot tub at his home in the Texas Hill Country. He is seldom seen without journal in hand."

The writings in this book are selections from his journals. There are photographs of some of his sculptures.