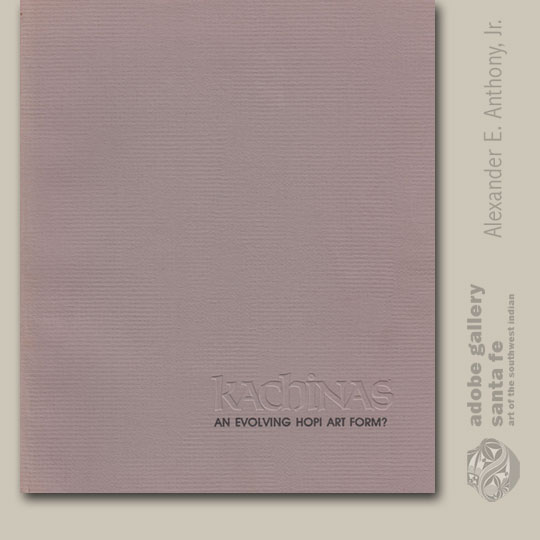 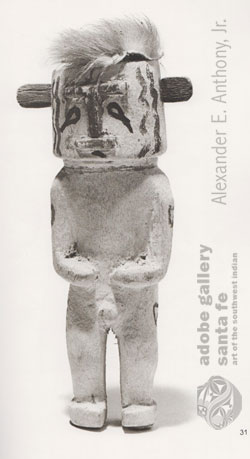 Published by The Heard Museum, Phoenix

“Since 1971, The Heard Museum has issued three publications on the subject of the Hopi Kachina.  Two of these concerned the Bahnimptewa Collection of Kachina paintings and the third was a catalog of the Kachina dolls in The Barry Goldwater Collection.  The focus of each of these studies was a descriptive analysis of a particular Kachina and the ceremonial functions it served in the Hopi Kachina cult.

“In this exhibit and catalogue, we have tried to begin to research the evolution of Hopi Kachina doll carving styles.  What has been done is an exploratory study of the Kachina dolls in The Heard Museum and The Fred Harvey Collections.  Within the two collections there are approximately 800 Kachina dolls with which to work.  The historical information varies from excellent to non-existent.  However, the range of carving styles present in the collections for study is extensive.

“Missing from the corpus of scholarly literature are studies of the changing form the Kachina doll has undergone.  Hence, the importance of this exhibit and catalogue.