LEGENDS OF THE SPANISH SOUTHWEST [SOLD] 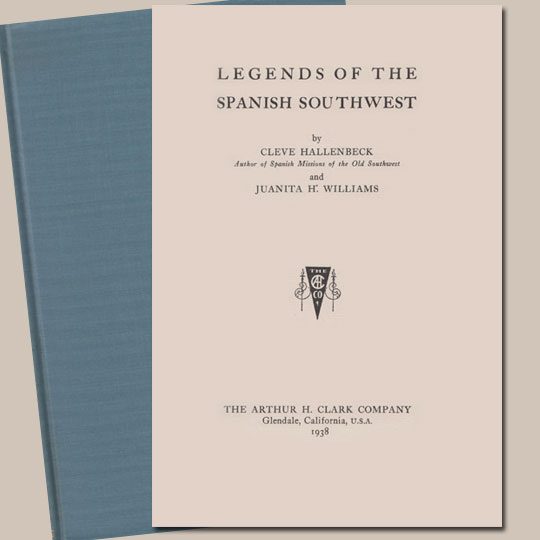 LEGENDS OF THE SPANISH SOUTHWEST

First Edition, hardback, photographic illustrations and a map, 341 pages, deckled page edges, some of which have never been cut apart, indicating that the book has never been read by anyone.

“The colonization of our Atlantic seaboard and of our southwest were practically contemporaneous, and the courage, faith and endurance displayed by the English in conquering the wilderness of New England were not greater nor more steadfast than those shown by the Spanish in facing and overcoming the hazards of the inhospitable southwest.

“The New England people preserved little of the romance of that period.  But the Spanish pioneers, while as practical as were their Nordic brothers, were a poetic people, and the one lone flower of romance that we find in New England’s colonial history can be matched by a whole garden of flowers garnered from the Spanish period of our southwest.  Even the Acadian story of immortal Evangeline cannot be ranked in heart interest above the California story of Concepción Arquello, or the Texas story of Juan Huisar.

“We have chosen from the wealth of material available only such of the old Spanish legends as were, in our opinion, most worthy to survive as a part of our national literature.  Limitations of space made it necessary for us to reject a number of meritorious legends, and it was deemed advisable to omit some that have been published before or are well known, in order to preserve others that to date are practically unknown except in the districts where their scenes are said to have been enacted.

“Several of the stories appear to be historically verifiable.  Others doubtless are more or less fanciful, although probably even the supposedly fictional ones have a substantial foundation of fact.

“We believe that the character of a people may be more clearly reflected in its legendary lore than in the recital of its political history, and it is our hope that these stories will reveal somewhat of the true character of the Spanish pioneers of our southwest.”

The Bell of the San Miguel

The Sculptor of the San José

Bells of the San José

A Legend of Baffle Point

The Girl of Guevavi

The Unfinished Tower of San Xavier

The Pearl that Defeated Vizcaino

The Pearls of Loreto

The Padre of the San Luis Rey

Our Lady of Guadalupe

Legends of the Blue Lady 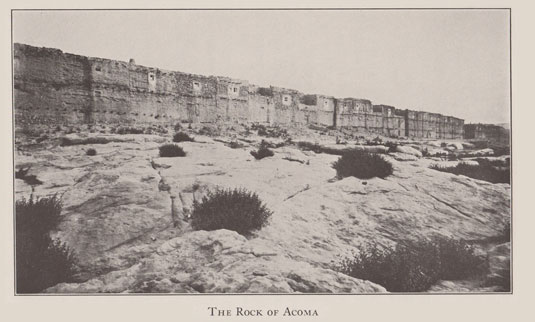