Loloma—Beauty is His Name [SOLD] 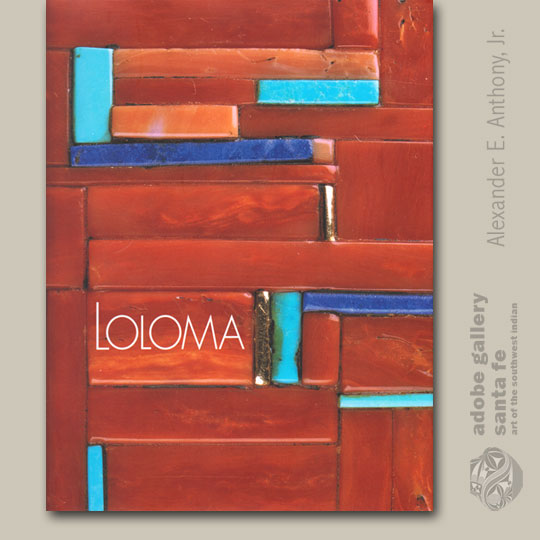 Wheelwright Museum of the American Indian

“Charles Loloma (Hopi, 1921-1991) is arguably the most influential Native American jeweler of the twentieth century.  An artist of astonishing creative energy, he found fame as a jeweler, ceremist, painter, and poet. He traveled extensively and seemed comfortable among affluent art connoisseurs.  His bold, innovative designs departed dramatically from Hopi cultural beliefs, yet he was intensely traditional and served as a religious leader in his native community of Hotevilla.

“Loloma was a powerful artistic force, an undisputed master who personally broke down the barriers of regionalism and helped give contemporary Native American art worldwide recognition.  He was also a gentle man who enjoyed people and cared deeply about their responses to his jewelry. When asked how he would want to be remembered, he simply remarked, ‘What I'd like to be known for is beauty.’

“This exhibition catalog includes substantial information about Loloma never before published, as well as illustrations of the most comprehensive grouping of his work ever assembled, comprising jewelry, ceramics, and other items made between 1939 and 1989.”