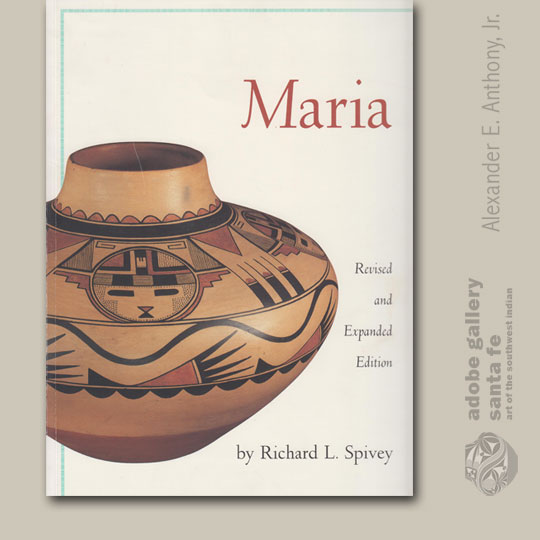 Softcover, 149 pages, illustrated in color and black and white

“Maria Martinez, the most famous of the superb New Mexican Pueblo potters, was one of those rare people whose acquired skills worked in harmony with her innate artistic abilities.  Maria was an artist whose legacy lives on not only in her own work but in the influences she exerted by example upon others in her family and village.

This edition, as did the original, traces the development of Maria’s pottery over the span of some seventy years of her career, capturing something of the essence of Maria as a person and her work as an art form.  It includes more than twenty-five new photographs and a chapter that clarifies and expands upon material presented in the original edition.

There is a second voice in this narrative, that of Maria herself.  Obtained from a series of conversations between the author and Maria, these quotations are independent from the main narrative but give the reader insight into her personality and character.

Throughout her long life, Maria held fast to the traditions of her pueblo and did, indeed, ‘exalt beauty.’ This volume is a testament to that exaltation.”