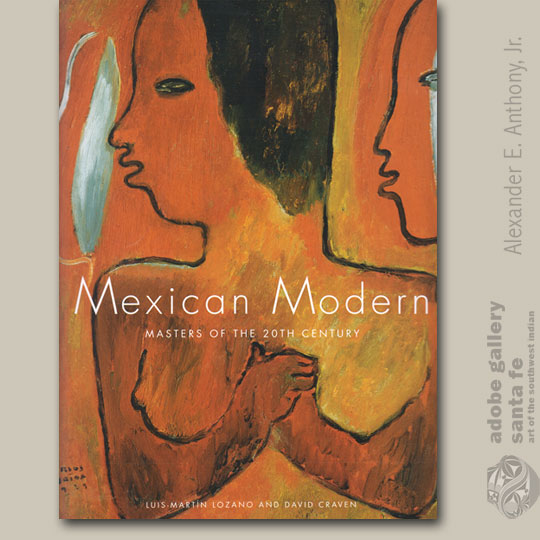 By Luis-Martín Lozano and David Craven

“The Mexican Revolution of 1910 erupted with its century, the first great social movement of the era.  When the dust had settled, it was the artists and intellectuals who were called upon to articulate a new vision for the country’s future, and thus began the Mexican renaissance that exuberantly brought together modernism with the cultural identity of a new nationalism.

“Mexico’s marked cultural diversity remains one of the remarkable and challenging truths about this nation for any foreigner to grasp.  The enormous range in the art and culture of this highly diversified country defies categorization perhaps more than any other nation of the Americas and accounts for Mexico’s unsurpassed position in the arts during the first half of the twentieth century.  From the early 1900s through the 1960s Mexico City was the Paris of Latin America. The various forms of modernism that came to flourish after the Mexican Revolution set the terms for almost all the important modernist developments in the arts throughout the hemisphere.

“Essential works of Rivera, Orozco, and Siqueiros are presented here, along with important works by artists less well-known outside Mexico. Such as Saturnino Herrán, Abraham Ángel, Fermín Revueltos, Gabriel Fernández Ledesma, Antonio Ruiz, and many others.  Mexican women are represented not only by Kahlo but also in the work of María Izquierdo and Olga Costa. Complementing the oil painters is a small group of vintage photographs by Weston, Modotti, and Bravo, who exemplify the avant-garde photography that appeared during the Mexican renaissance.”