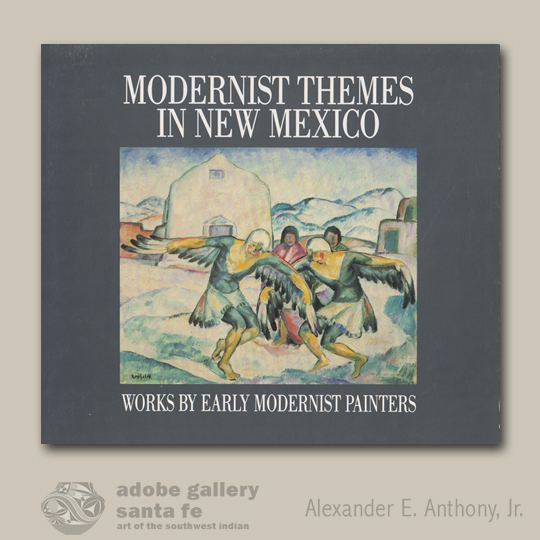 Softcover, first and only edition, 1989, features 12 New Mexico artists from the past

The artists who travelled to New Mexico and settled were an astonishingly cosmopolitan lot.  Several—like Nordfeldt, a Swede—and Bisttram, who was a Hungarian— were born abroad. Most were well trained as artists in one way or another.  Most of this group of artists, in fact, had been abroad to Paris or elsewhere in Europe, some even across the world. The artists who came and formed the tight-knit northern New Mexican artistic community, which flourished between the wars and later, were as diverse as the styles they developed and brought with them.  Not all, of course, were painting in the modern idiom, but it is undeniable that many of the most talented and interesting of these painters were.