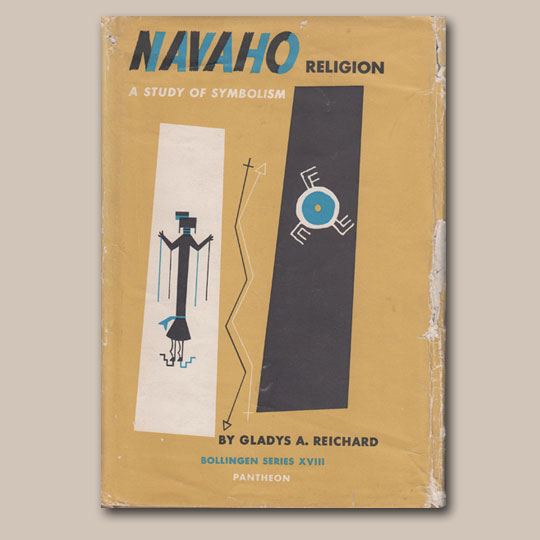 NAVAJO RELIGION: a Study of Symbolism by Gladys A. Reichard

This work is the eighteenth in a series of books sponsored and published by Bollingen Foundation.  The Bollingen Series includes original contributions to scholarship, translations of works heretofore unavailable in English, and new editions of classics.

“By means of an exhaustive study of the symbols to be found within Navaho legend and ritual, Gladys Reichard arrived at this scholarly and comprehensible interpretation of the complex religion of that tribe.

“She acquired a unique familiarity with the Navaho language, semantics, and point of view; and her participation in their ceremonials gave her first-hand knowledge of the exorcistic as well as sanctifying character of their symbols.

“This book, therefore, discusses with rare authority the attitude of the Navaho toward his place in the universe, his obligation to his fellow men and to his gods, and his conception of the supernatural.  And, perhaps even more significantly, it reveals how, through symbolic ceremonial practice, the Navaho achieves a harmony with his world, his deity, and the universe.

“Gladys Reichard was born in 1893 and in 1925 earned the Ph.D. at Columbia University, where she was a student of Franz Boas.  During nearly three score years she spent frequent long periods of research and study among the Navaho Indians on their reservation in Arizona.  She died July 25, 1955 at Flagstaff.”

“The reader of Navaho Religion cannot fail to gain an increased understanding of and respect for a religion, vastly different from our own, which still exists as a living force within the geographical boundaries of our country.”    Southwest Review

“Professor Reichard . . . has produced a report, at once so comprehensive, so sensitively interpretative, and so enjoyably readable, that it can be recommended with enthusiasm to anyone who wishes to become acquainted with Navaho thought and ways.”   Sewanee Review

Death and the dead

Helpers of deity and man

Intermediaries between man and deity

Beings between good and evil

Order of monsters, dangers, and beings-in-between

The concept of honor

9.   The nature of symbolism

Function and types of song 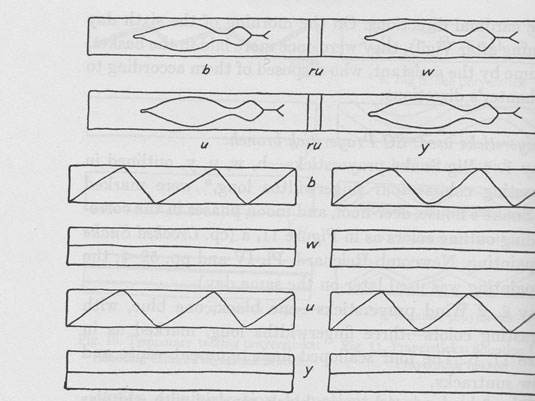