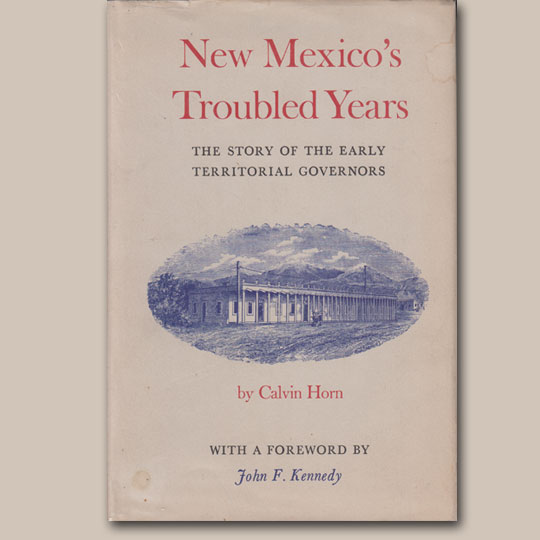 With a Foreword by former U.S. President John F. Kennedy

The people of New Mexico were almost totally unprepared for U. S. citizenship on March 3, 1851, the day the first territorial governor took office.  In New Mexico, the dramatic changes which began that day brought conflict, murder and bloodshed in the struggle to bring representative government to citizens unaccustomed to democracy.  This is the story of the years 1851-1881, as revealed in the administrations of ten territorial governors.  The first of these, James S. Calhoun, served his nation well and gave his life to the job.  Lew Wallace, last of the pioneering governors, arrived by buckboard, and along with the problems of his office, finished writing Ben-Hur, and departed by Pullman car.  The 30-year period covered in New Mexico’s Troubled Years records the taming of the state by westward expansion of the U. S., by the efforts of pioneering government officials, and by the coming of the railroad.