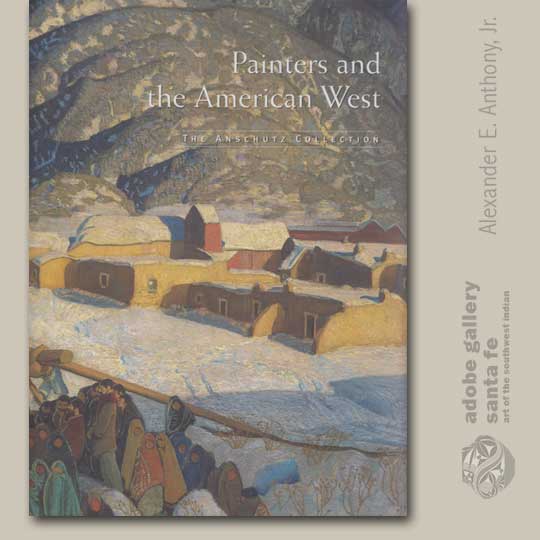 This book was published on the occasion of an exhibition organized by the Denver Art Museum and shown at the following venues between 2000 and 2003: Denver Art Museum; The Corcoran Gallery of Art; Joslyn Art Museum; and The Art Institute of Chicago.

This book offers a connoisseur's tour of one of the finest collections of paintings of the American West still in private hands.  The Anschutz Collection covers all the ground expected in a wide-ranging major survey, yet still has plenty of room for surprises.  Every phase in the history of American art since the 1820s is included. There are pictures of impressive quality by lesser-known artists and examples from all the major painters who have depicted the West.  You’ll discover works by artists such as Marsden Hartley, Childe Hassam, Jan Matulka, and John Henry Twachtman, who painted western subjects only rarely, and pictures by those whose subjects were predominantly western.