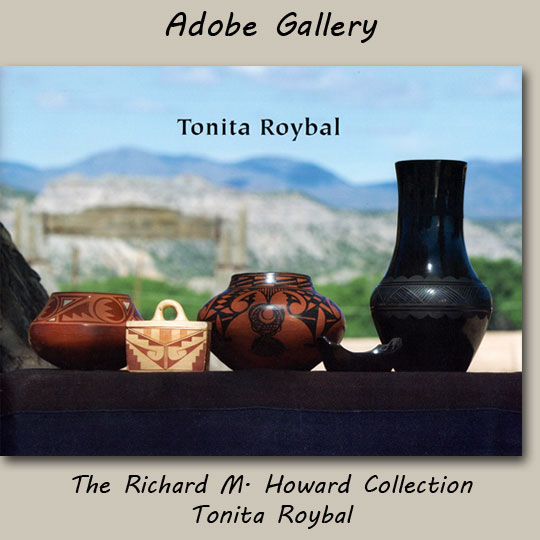 All of us in the business of collecting and selling paintings and pottery of the pueblo artists learned much from Dick Howard.  One of the things we learned was to appreciate the pottery of San Ildefonso Pueblo potter Tonita Roybal.  Because of Dick Howard, her work has been publicized and appreciated as second to that of Maria Martinez.   It has been stated and accepted that she was as good a potter as Maria and was only overshadowed by Maria’s exposure and popularity.

Dick Howard passionately collected pottery by Tonita Roybal.  During the last decade of his life, he sold the collection to Nedra Matteucci Galleries in Santa Fe, which put together an exhibit in August 2007.  According to an article in The Santa Fe New Mexican newspaper, the collection sold for in excess of one million dollars.

Nedra Matteucci Galleries published a catalog of the collection to accompany the exhibit.  It is rare to find a copy, so we are pleased to have a single copy to offer.  It is in excellent condition.