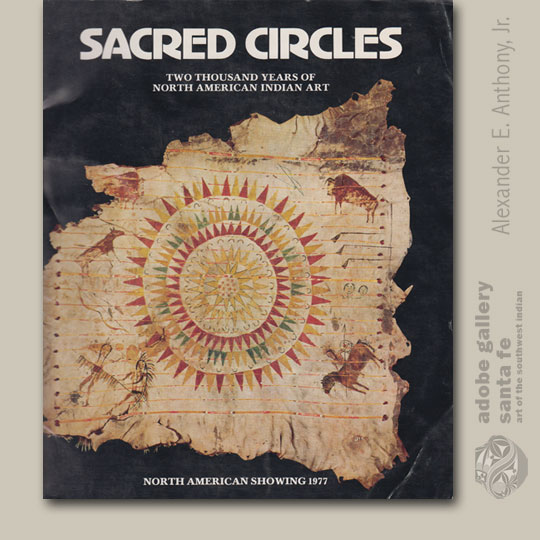 This exhibit of North American Indian art began with a suggestion by an American living in London to Mr. Ted Coe of mounting an exhibit of North American Indian Art in Great Britain.  Ted Coe took the suggestion to heart and spent years coordinating with with Sir John Pope-Hennessey, then Chairman of the Att Panel of the Arts Council which approved the idea in 1973.  Following the exhibit in England, Ted Coe arranged with the British to loan items from European collections to the United States for a similar exhibit. This international loan was not an easy accomplishment but was concluded and the exhibit opened in the United States in 1977.  This book is the catalog of the United States exhibit.

In cooperation with the Arts Council of Great Britain