T. C. CANNON At The Edge of America [SOLD] 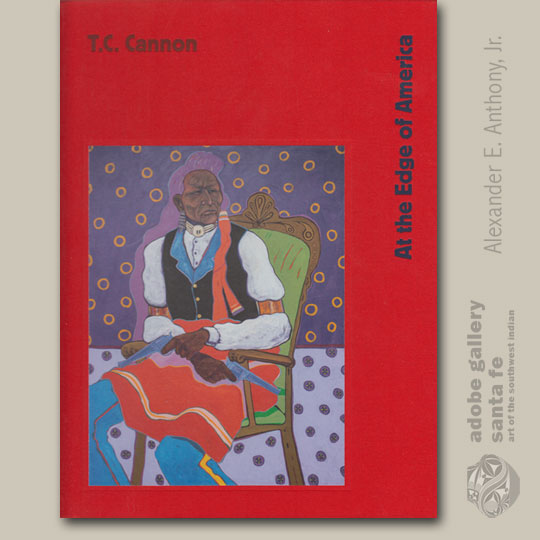 T. C. CANNON At The Edge of America

T. C. Cannon is one of the most influential and inventive Native American artists of the twentieth century. At work during the socially and politically turbulent 1960s and 1970s, Cannon created a signature visual vocabulary influenced by his Kiowa and Caddo heritage, and artists such as Vincent van Gogh, Henri Matisse, and Robert Rauschenberg. In this vividly illustrated book, Cannon's paintings, prints, and drawings are illuminated alongside his poems and song lyrics. Meticulously researched, T. C. Cannon: At the Edge of America provides an intimate glimpse into the artist's life and work through art historical and interdisciplinary essays from scholars, painters, and those who knew him, and includes newly published personal ephemera, photographs, and both handwritten and typewritten manuscript pages. A special selection of original poetry from Native poets Joy Harjo, Sherwin Bitsui, Joan Naviyuk Kane, and Santee Frazier celebrate the artist's legacy and his ongoing inspiration. This publication accompanies a touring exhibition.