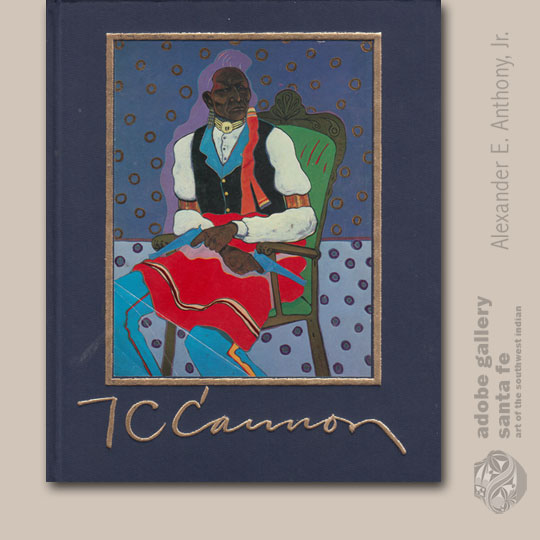 First edition, hardback, 1979. 154 pages beautifully illustrated.  Very good condition with the exception of the inside cover page and inside back page slightly separating at the spine, but it is still secure.

Aberbach Fine Art became T. C. Cannon’s exclusive dealer for the entire world in 1972.  The gallery was preparing for an exhibit of his works in New York at the time that T. C. died in an automobile crash in Santa Fe, New Mexico on May 8, 1978.  The exhibit became a memorial exhibit and this book was published of his life and his works. 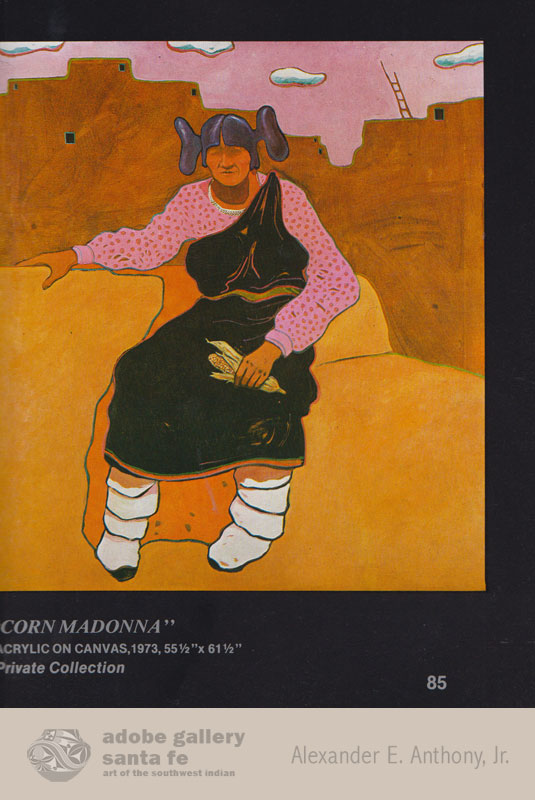