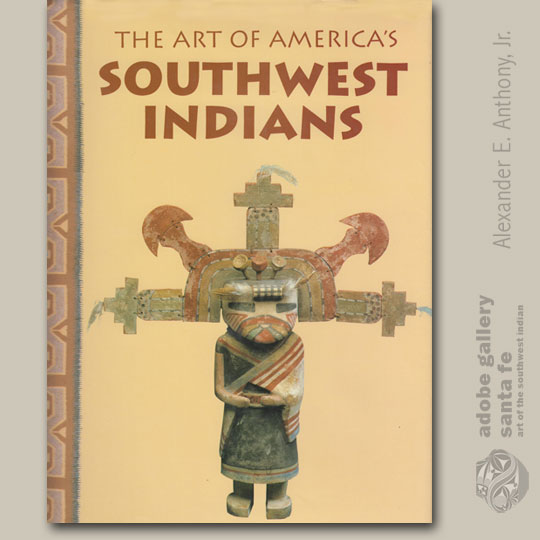 The Art of America’s Southwest Indians

Pottery has been the most enduring of the art forms of the tribes of the Southwest, with each tribe using its own styles and motifs.  Many of the painted or etched designs harken back to those found on Anasazi pottery.  The Southwestern tribes, especially the Navajo, are also renowned for their weaving.  The classic geometric patterns best exemplified by the “chief” blankets of the mid-nineteenth century are still popular, while the addition of the zig-zag patterns of the vivid “eyedazzlers” and pictorial designs have made Navajo weaving one of the most prized art forms of Native America.  Navajo and Zuni silverwork and jewelry are also widely collected, while stone fetishes produced by many tribes also make use of the rich mineral deposits found in the Southwest.  Kachina dolls, representing various supernatural spirits, are carved, painted, and decorated primarily by the Hopi.

A fine selection of each of these art forms, as well as many others, has been assembled in this colorful book, written by museum curator Gary Allen Hood, who is of Choctaw heritage.  The beauty and magic of the works depicted in these pages is a testament to the vitality of southwestern Indian art.