THE MEDICINE-MEN OF THE APACHE [SOLD] 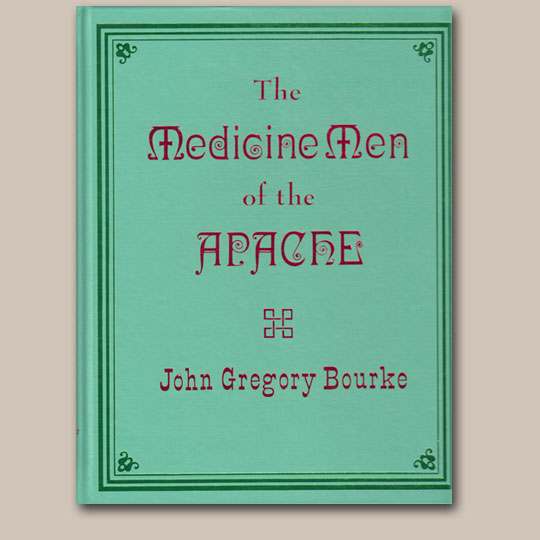 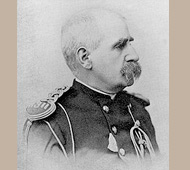 THE MEDICINE-MEN OF THE APACHE

First published as Ninth Annual Report of the Bureau of Ethnology

to the Secretary of the Smithsonian Institution, 1887-‘88

In addition to his career as a U. S. Army Captain associated with General George C. Crook, John Gregory Bourke can be noted as a careful and inquiring observer, omnivorous reader and a prolific writer.  Born in 1846, he lied about his age to join the Union Army.  After the Civil War he attended West Point and subsequently served as an aide to Crook in his campaign in the Southwest and on the Plains.

It was in the Southwest that Bourke first became acquainted with American Indians of many tribes and developed an interest in ethnology which he never lost.  Well educated, with a dry sense of humor, the self-reliant Bourke fit just as comfortably in a wickiup as in the Library of Congress.  His range of interests was nothing short of phenomenal.  He died a few weeks before his fiftieth birthday in 1896, leaving behind several books and a host of articles, along with some eighty linear feet of notebooks at the Library of the United States Military Academy, West Point.

Most of Bourke’s documents deal with the Southwest, many with Apaches.  The Medicine-Men of the Apache, and some pointers to more recent works on the topic, seem the most fitting introduction to one of the earliest papers on Apache religion.

It should be noted first that virtually all of Bourke’s Apache information refers to the Western Apache and Chiricahua Apache, the former including the Northern and Southern Tonto, Cibecue, San Carlos and White Mountain groups.  The work in hand does not pertain to medicine men of the other Southwestern Apacheans.