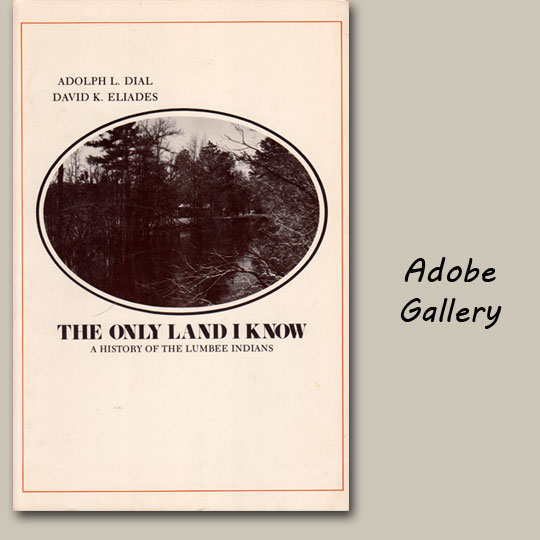 THE ONLY LAND I KNOW a History of the Lumbee Indians

This book is essentially a narrative of the major personalities, experiences, hopes, and fears of the Lumbee Indians of southeastern North Carolina.  From necessity parts of this book are based on logical supposition and oral history.  The Lumbees, like other Indians, have never been great keepers of written records, but they do have a strong oral tradition.

Since no general history of the Lumbee Indians has been previously written, this book, by its very nature, is a pioneering effort.  Who are the Lumbee Indians?  There are approximately 40,000 people living mainly in Robeson and adjoining counties in southeastern North Carolina, in a community known as Pembroke, North Carolina, who own their own churches, schools, and businesses.  They have never been placed on reservations, nor have they been wards of either the state or the federal government.