Seven Early Twentieth Century Books on the Southwest and West 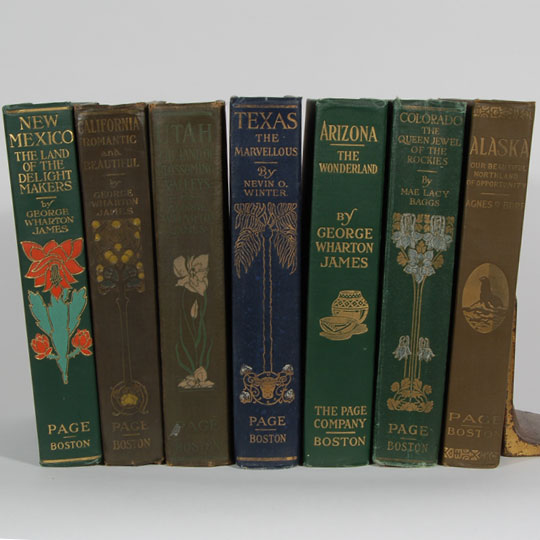 The Page Company, Boston, Massachusetts book publishers issued a series of books on American travel in the early 1900s to promote “See America First.”  World War I in Europe was a good excuse to promote American travel.  The railroad companies were strong supporters of travel.

“See America First” was a commercial venture but with a national interest.  Many affluent Americans had spent considerable money traveling Europe so it was prudent for rail companies to keep them spending, but keep the funds at home.  The projected destinations were in the undeveloped West.  The idea was to excite travelers to leave the security of the East and South and see the wild and wonderful West.

The Page Company of Boston published a number of beautiful hardcover books with beautiful highly decorated leather covers, books with 400 to 500 pages written by knowledgeable writers.

The following books which we are offering for sale, are among those published: