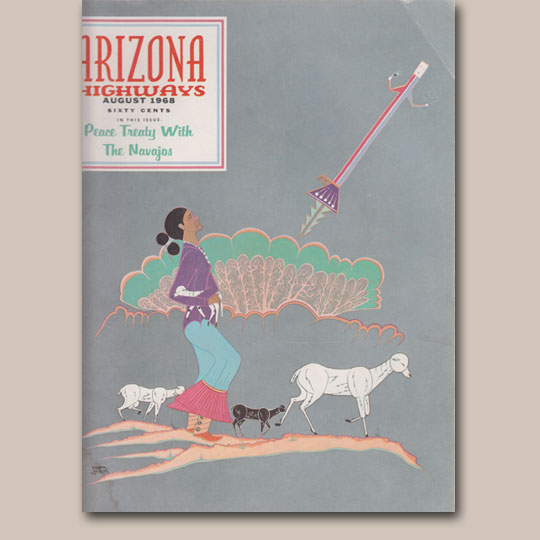 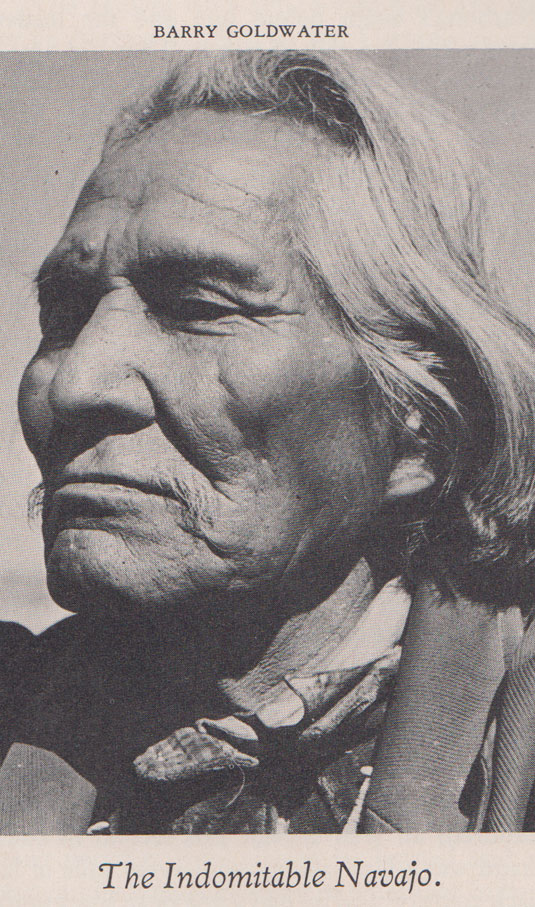 THE PEOPLE—They Call Themselves Diné

Peace Treaty with The Navajos

One hundred years ago (1868) the Navajo and the United States of America signed a formal treaty of peace, beginning what tribal leaders in this commemorative Centennial Year term the Century of Progress (1868-1968).  That century began with the Navajos in most pitiful condition—victims of a bitter, scorched-earth policy to subdue them; victims of the terrible “Long Walk;” victims of four deplorable years of cruel confinement at Bosque Redondo in New Mexico, four long years of want, hardship and suffering.

That century saw much progress for The People, especially so in its last twenty-five years.  This issue of Arizona Highways is a tribute to the Diné and their harsh history.