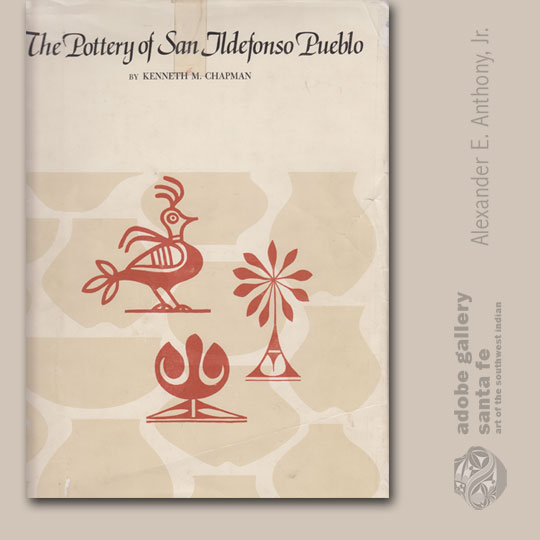 THE POTTERY OF SAN ILDEFONSO PUEBLO

Published by the University of New Mexico Press, Albuquerque

For the School of American Research, Santa Fe, 1970

“This is the definitive study of San Ildefonso pottery, its origin, form, decoration, firing, and styles.  Written in a manner that is both readable and clearly factual and handsomely illustrated with line drawings, 174 color plates, and a Rio Grande Pueblo map, this book will appeal to all who are interested in Indian design from either the aesthetic or the technical point of view.

“After describing the historical setting in which the famed San Ildefonso pottery had its beginnings, the author discusses its general features and examines in meticulous detail the culinary ware, the Black-on-Cream, the Black-on-Red, the Polychrome, and the Polished black and Red wares.  In a delightful period piece, he reminisces about the encouragement given by anthropologists to such famous San Ildefonso potters as Maria and Julian Martinez, who so perfected the craft that their ceramics became the most sought after by collectors and dealers all over the world.

“This book is a monument to the extraordinary knowledge and devotion of the late Dr. Kenneth Chapman (1875-1968), who spent a lifetime in his studies of Pueblo Indian art.  Dr. Chapman also wrote the definitive work on the origins and decoration of Santo Domingo Pueblo pottery, and this volume on the pottery of San Ildefonso is its companion in style and format.” 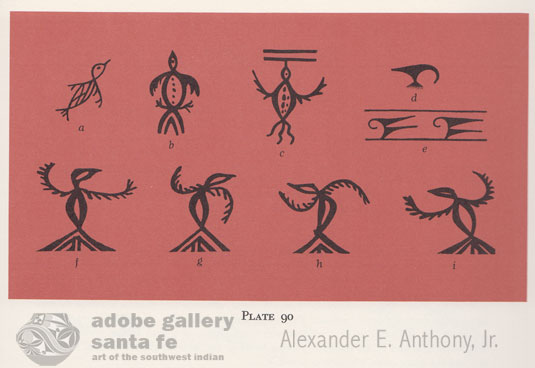