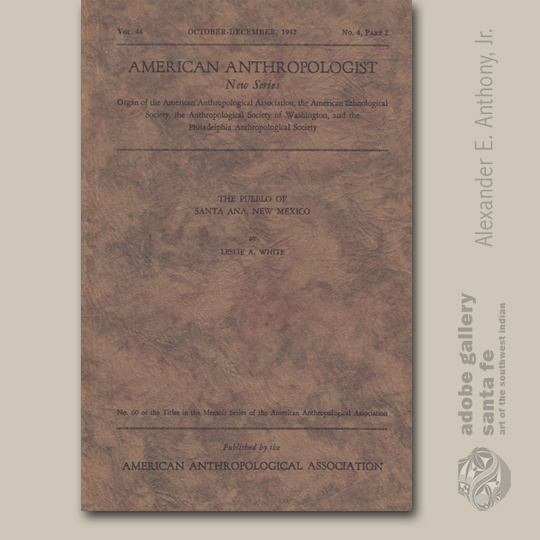 By Leslie A. White

This ethnographic study of the Pueblo of Santa Ana, or Tamaya, is based upon field researches conducted by the writer over a period of several years. The first field trip was made in 1928, the last in 1941.  Several trips were made between these dates.

Corn and the Cosmos