THE TEWA WORLD Space, Time, Being, and Becoming in a Pueblo Society [SOLD] 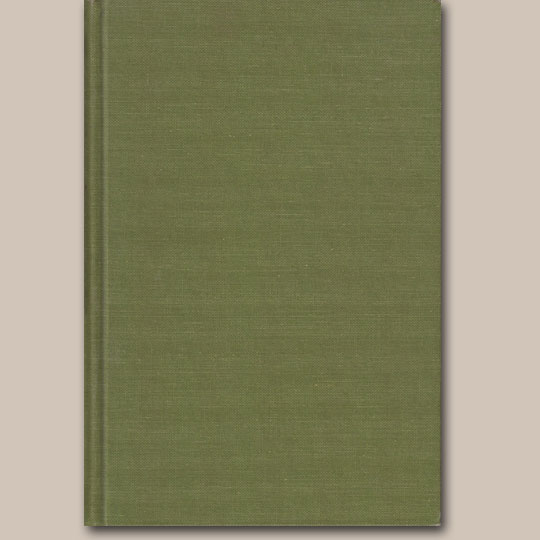 THE TEWA WORLD Space, Time, Being, and Becoming in a Pueblo Society

The University of Chicago Press, Chicago, 1969 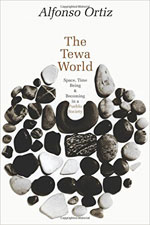 5.      The Made People and the Dry Food Who Never did Become

Once in an anthropological blue moon the right person comes along at the proper time and presents us with an account of a particular tribe or a particular problem which moves us onto a new plateau.  In this monograph on the Tewa Pueblo of New Mexico, Alfonso Ortiz has delineated their world view with the authority of a participant, and has related it to their social and cultural life with a clarity and economy which is as rare as it is impressive.

Dr. Alfonso Ortiz, an anthropologist who occupied an unusual spot in academia as a [San Juan] Pueblo Indian writing about his own people, found himself ostracized by some of his own people, who felt that he had betrayed religious secrets. But his colleagues hailed the book as a masterpiece. 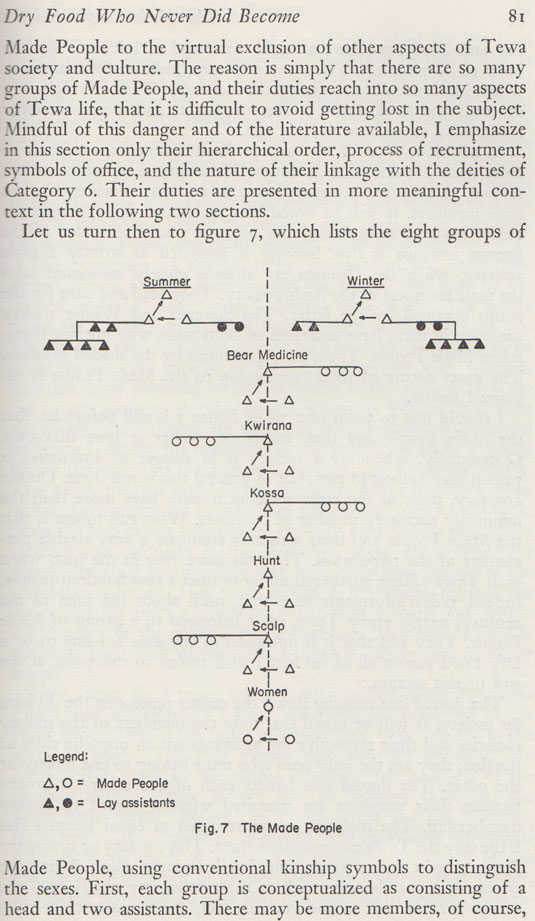