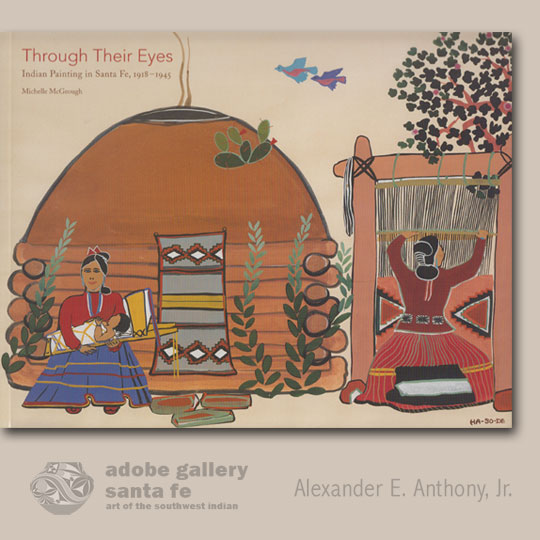 Through Their Eyes: Indian Painting in Santa Fe, 1918-1945 by Michelle McGeough

“Until the late 1920s the policy of the Bureau of Indian Affairs was one of assimilation.  Nowhere was this more apparent than in government-run Indian boarding schools.  However, there were exceptions.  Beginning in 1918, when John DeHuff became superintendent of the Santa Fe Indian School, he and his wife, Elizabeth, encouraged Native American children to celebrate and share their traditional worldviews.

“As the principles of progressive education became widely accepted and incorporated into Indian education, students attending the school began to express Native identity freely through their artwork.  Finally, in 1932 instructor Dorothy Dunn introduced the program that won renown as the Santa Fe Indian School Studio.  Through Their Eyes relates this history through a Native American perspective.

“Spanning more than eighty years, the Charlotte Greenleaf Mittler Collection is one of the most extensive holdings of Native American easel painting in private hands.  The collection focuses on works created by students who attended the Santa Fe Indian School from 1918-1945, and on independent painters who pioneered Santa Fe’s modern Indian art movement.  Many of these men and women are now among the most revered painters in the annuals of Native American art.” 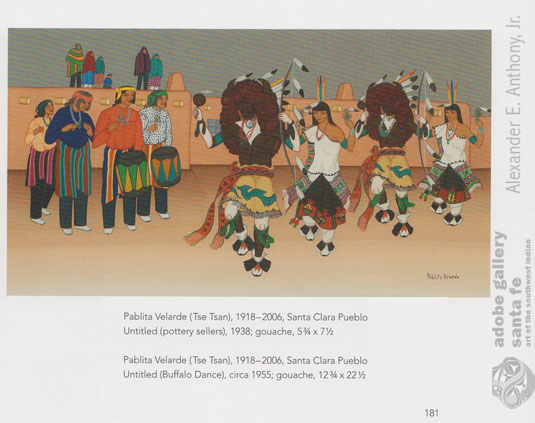