Treasures of the American Arts and Crafts Movement 1890-1920 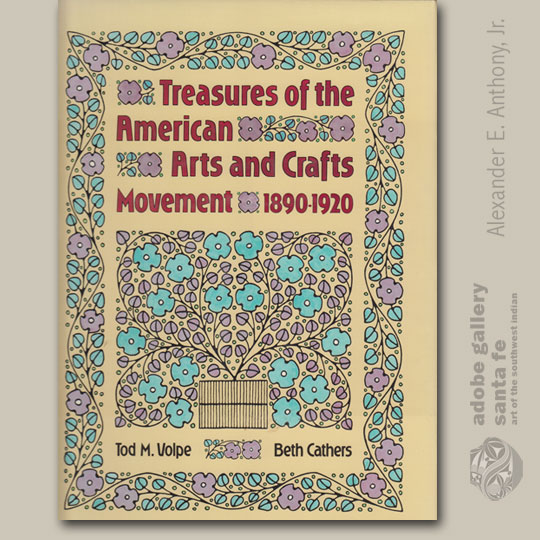 Treasures of the American Arts and Crafts Movement 1890-1920

“The American Arts and Crafts Movement is one of the most vital, exciting and inspiring chapters in the history of the decorative arts.  Finding its roots in the English movement of the same name, it flourished vigorously when transplanted to American soil at the turn of the century.  With Gustav Stickley as its moving spirit, the Arts and Crafts Movement eventually included such notable designers, architects and firms as Frank Lloyd Wright, Louis Comfort Tiffany, Adelaide Alsop Robineau, Greene and Greene, the Rookwood Pottery, Elbert Hubbard’s Roycroft Shops and Louis Sullivan.  Together they forged a new, forward-looking aesthetic that was much more than a particular style: it was a philosophy of life, promoting physical and moral well-being.

“Now enjoying a major revival, the American Arts and Crafts Movement was responsible for sweeping changes in attitudes toward the decorative arts, and it fostered the beginnings of twentieth-century design.  This timely book is both the most comprehensive and authoritative treatment of the movement available and a sumptuous photographic collection of Arts and Crafts masterpieces. Pictured here in more than 130 color plates are stained glass, furniture, silver and metalwork, ceramics, textiles, lighting and more, all specially photographed for this volume.”