TRUTH OF A HOPI [SOLD] 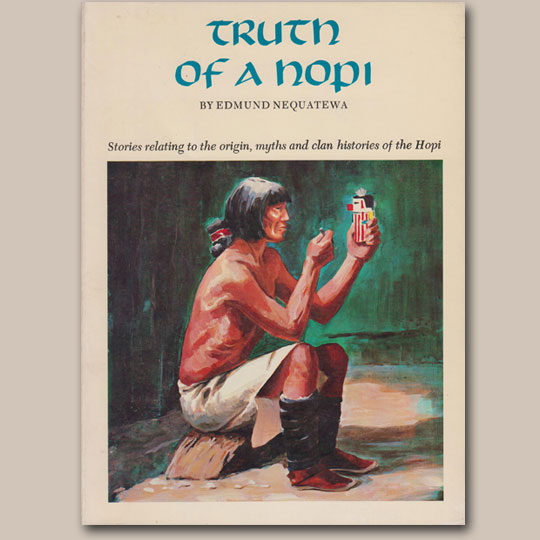 TRUTH OF A HOPI Stories relating to the origin, myths and clan histories of the Hopi

Publisher: Northland Press in cooperation with the Museum of Northern Arizona

Originally published as Museum of Northern Arizona Bulletin No. 8

“The stories related in this little book represent the origin, myths and history of a group of Hopi clans.  They carry us from the very beginning of things down to modern times.  One might say that they are the ‘Old Testament’ of these people.  They tell of their origin, their sacred beliefs, their wanderings and their trials.  The first story is one recounted only by the Priests of the ‘One Horned Fraternity’ in the village of Shung-opovi.  Edmund Naquatewa, a Shung-opovi man who recorded this story, is of the Sun Forehead Clan and is a member of the One Horned Fraternity.  Clan stories are not supposed to be told by the members of unrelated clans but members of the powerful One Horned Fraternity may tell all the clan stories belonging to the clans of their village.  Each society has its own group of stories and sacred songs which it may give, but no other society is supposed to know these or to relate them.”

I. How the People Came Out of the Underworld

III. How the Mocking Bird Gave the People Many Languages

IV. The Hopi Decide to Seek a New Home.  How Certain Clans Received their Names

V. How the Hopi Selected Shung-opovi for their Home

VI. How the Crow Clan Arrived and Settled at Mishongnovi

VII. How a Family Quarrel Led to the Founding of Oraibi

VIII. How the Spaniards Came to Shung-opovi.  How they Built a Mission and How the Hopis Destroyed the Mission

IX. Return of the Spaniards to Hopi Country. Shipaulovi Founded as a Sanctuary

X. The Return of the Bahana (the White Man)

XI. How the Hopi Marked the Boundary Line Between their Country and that of the Navajo

XII. How Some Hopis Resisted Sending Their Children to School and the Trouble that Resulted

XIII. How Hotevilla and Bakabi were Founded

How the Crow Clan Became also the Kachina Clan

The Kana-a Kachinas of Sunset Crater

The Ladder Dance at old Shung-opovi

The Ladder Dance at Pivahonnkiapi 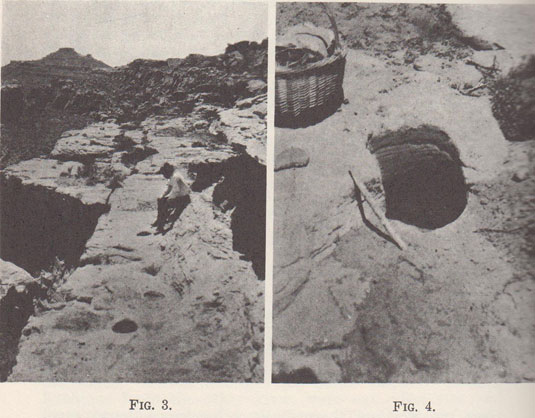