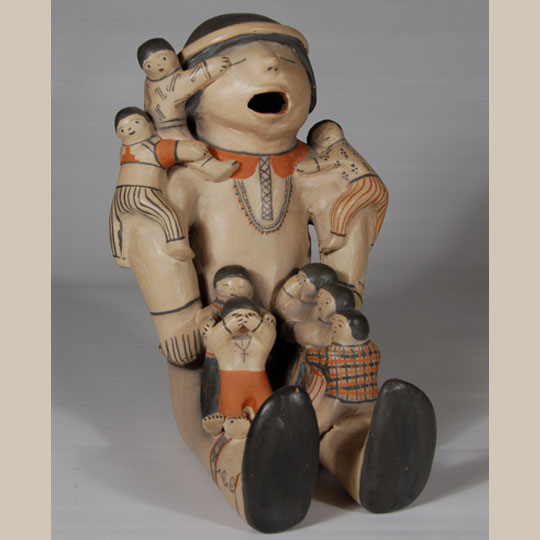 Everyone knows that Helen Cordero made the first storyteller figurine in 1964 as a tribute to her grandfather who was a storyteller at the pueblo. Alexander Girard, the great folk art collector, encouraged her to create more by purchasing all she made in the early days.

This figurine is a testament to Cordero's talent. It is beautifully sculpted and painted. Some of the children have their hands over their eyes. The story being told must be scary to the kids. Some of the children appear to be crying while others appear to be asleep. There are two children clinging to the back of the adult.  The adult is wearing a headband with polychrome design, a Pueblo necklace that was very popular in the 19th century, and traditional dress.

The figurine has a marvelous patina that fits with its age. It dates to the early 1970s, a period accepted as Cordero's best. It is signed Helen Cordero Cochiti, N Mex. This is one of the finest looking Cordero storyteller figurines of this period that we have had. It is truly a marvelous piece. 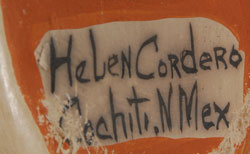