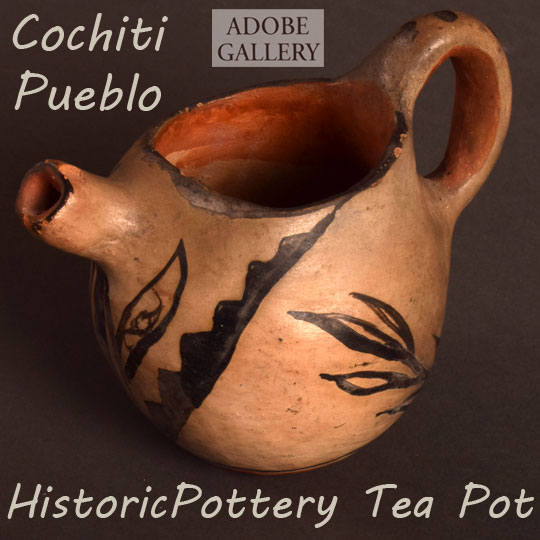 Tourists have influence Pueblo potters since the arrival of the train in 1880s and this example is no exception; it's Teatime at Cochiti Pueblo in the early 20th century. This amazing small tea pot is beautifully decorated with floral designs. Items such as this were what Cochiti potters made before the popularity of storytellers. It is certainly from the early 20th century. It is not signed with the name of the potter.

Condition: this Historic Cochiti Pueblo Small Pottery Tea Pot is in very good condition, with one minor chip at the spout.

Provenance: From the collection and estate of Santa Fe dealer, collector and artist Teal McKibben (1928-2006), who had a gallery named La Bodega on Canyon Road for decades.