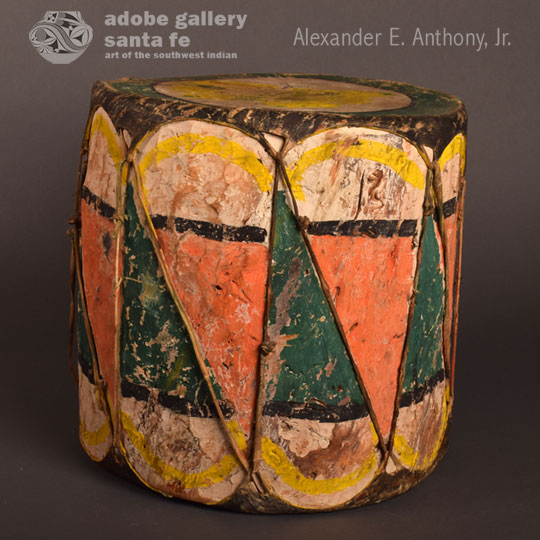 This Cochiti Pueblo drum appears to have been made from an old and gnarled cottonwood trunk as there are irregularities in the wood that appear to have been there originally.  The drum was painted in colors green , pink, white, black and yellow. There is an attached handle. One drum head was outlined in green paint with a black line separating the green from the unpainted center.  What appears to be a yellow butterfly was painted on one drum head. The other drum head had a circle in the center from which are four tablita style elements in the four directions which are separated by groups of feathers.  This was apparently the bottom drum head and most of the design has worn off. The drum head skin that overlaps on the side walls were painted black. This is surely a drum that saw extensive use.