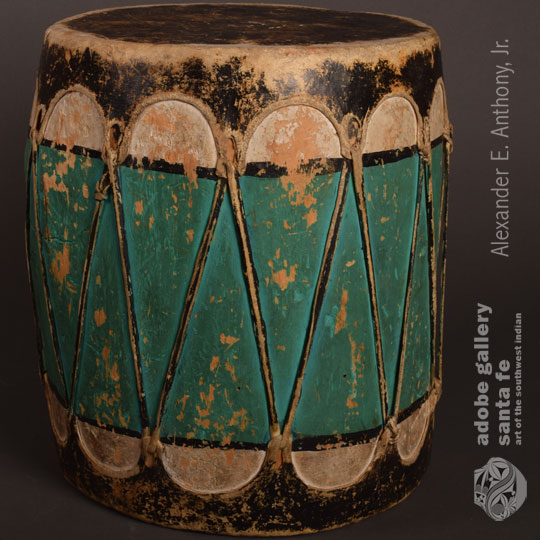 This small hand-held Cochiti Pueblo drum was made from a local cottonwood tree trunk and painted with a bright turquoise color with white caps and a black band.  Both drum heads were painted black as were the cross straps. The drum definitely exhibits wear patterns from years of use.

Condition: this Cochiti Pueblo Vintage Drum with Black Drumheads is is in very good condition

Creators of the Plains
by Thomas Mails