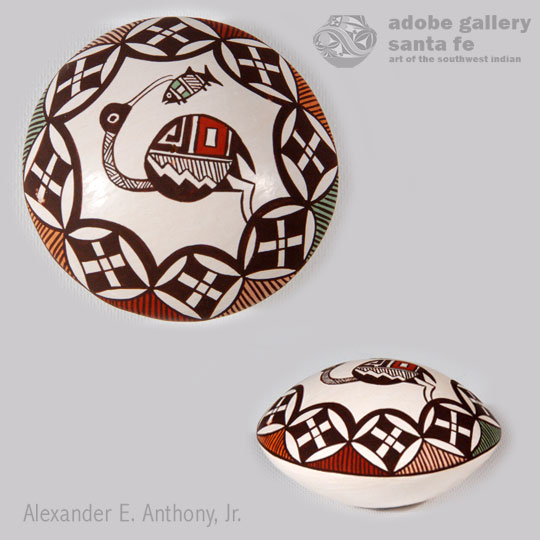 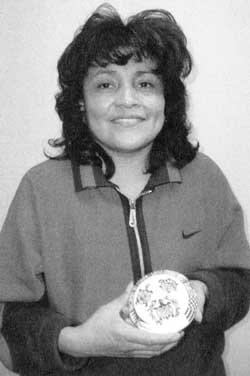 Carolyn Concho is the daughter of Katherine Lewis of Acoma Pueblo and sister of Rebecca Lucario, Marilyn Henderson Ray, Judy Lewis, Diane Lewis, & Bernard Lewis.  She has been an active potter since circa 1984. Carolyn was born September 15, 1961 at the village of Acomita on the Acoma Reservation. She has won numerous awards at Santa Fe Indian Market, Heard Museum, and New Mexico State Fair. She has sold to museums and collectors since 1984.

This small seed jar was executed in five pigment colors—white, dark brown, green, orange and red pigments.  The main design on top of the dome is a Mimbres crane that has just captured a fish. Surrounding that are diamonds in brown pigment interspersed by triangles in color with fine parallel lines.  The bottom is signed C. Concho Acoma, N.M.