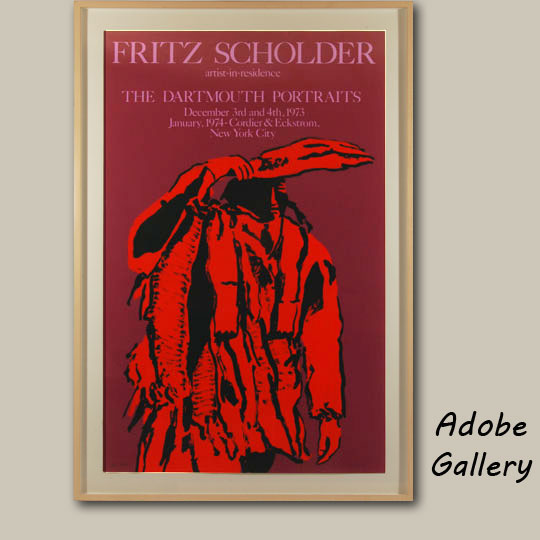 Luiseño Tribe artist Fritz Scholder used a postmodern, expressionist viewpoint that recreated the stereotypical image of the Native American.  His voice was humorous and ironic, and his pieces were the subject of a fair amount of controversy.  Scholder made audiences rethink their notions of just what the American Indian was, and what his place was in modern society.

Fritz Scholder (1937-2005) was born in Breckenridge, Minnesota. He was recognized early as a talented artist. After high school, he attended art school at Sacramento State College in California where he studied under Wayne Thiebaud. Following his graduation from Sacramento State, he studied at University of Arizona in Tucson where he worked with Lloyd Kiva New and Charles Loloma. In 1964, after receiving his MFA at University of Arizona, Scholder accepted the position of instructor in Advanced Painting and Contemporary Art History at the newly-formed Institute of American Indian Arts in Santa Fe, New Mexico. Scholder began his Indian Series in 1967 while teaching at the Institute of American Indian Arts.

Beginning in the early 1970s, there was a rededication to Dartmouth College’s original mission to educate Native American students. Four important Native artists were brought to campus as artists-in-residence, with Fritz Scholder being the first in 1973. This screen print was issued in recognition of the exhibit “The Dartmouth Portraits.”

The image is rendered in bold, exaggerated, non-naturalistic colors of red and purple, creating a somber, dignified image of a Native man with a feather held over his head. The eagle feather represents spiritual harmony and prestige. The expressionistic use of red and purple creates an edgy contrast that provokes a thoughtful reconsideration of stereotypical native images.

The screen print was issued in an edition of 100 copies.  This is #35 of 100.  The image appears in the book Native American Art at Dartmouth: Highlights from the Hood Museum of Art, 2011.

Condition: this Fritz Scholder Artist in Residence - The Dartmouth Portraits is in original condition