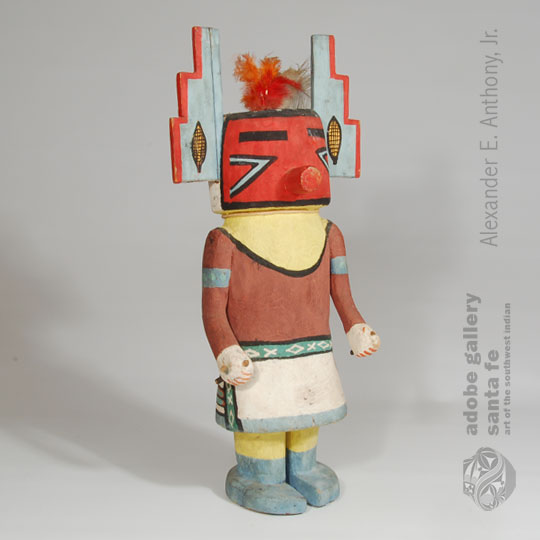 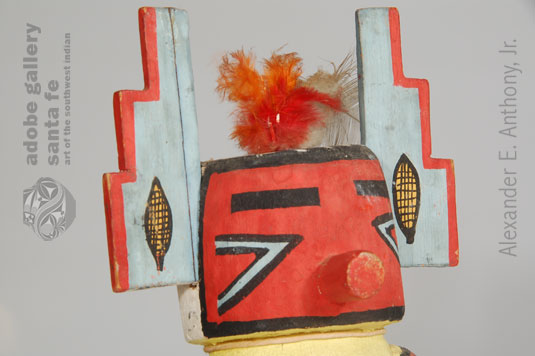 As his name implies, this katsina comes from Laguna Pueblo.  He was borrowed from the Laguna by the Zuni.  There, a visiting Hopi man saw the dance and liked it, took time to learn the songs, and brought the katsina to First Mesa.

In regular performances he dances in rows like the Third Mesa Poli Katsina.  In addition, he may appear as a Distributing or Talavai Katsina in the Powamu, as an Uncle with the Long-haired Katsina, or in the Soyohim ceremony.  The Soyohim is a dance held in the Spring for rain for the crops.

This carving has all the attributes of a mid-20th century doll.  He has the long torso and short skirt associated with that period.  The matte paint precedes the shiny acrylic paints used after World War II.  The doll’s tableta has ears of corn on the front and bean sprouts on the back.  He originally had a pair of upright feathers attached to the back of his head, but they have been removed.

Condition: very good condition.  The items he carried in each hand are missing, otherwise there is no damage except the right foot was broken and glued in place.

Provenance: this Hopi Kawaika'a Katsina Doll is from the collection of a family from Santa Fe 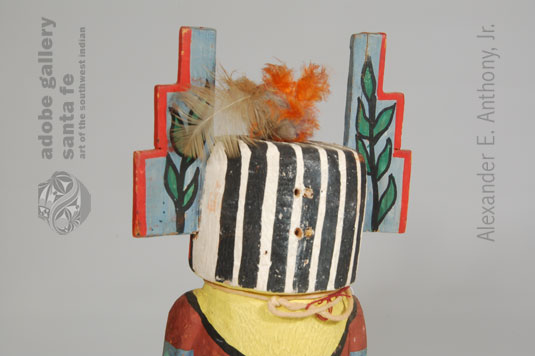 Katsinam - Völkerkundesammfung of the Hanseatic City of Lübeck: Figures of the Pueblo Indian North America from the study collection Horst Andes [SOLD]
by