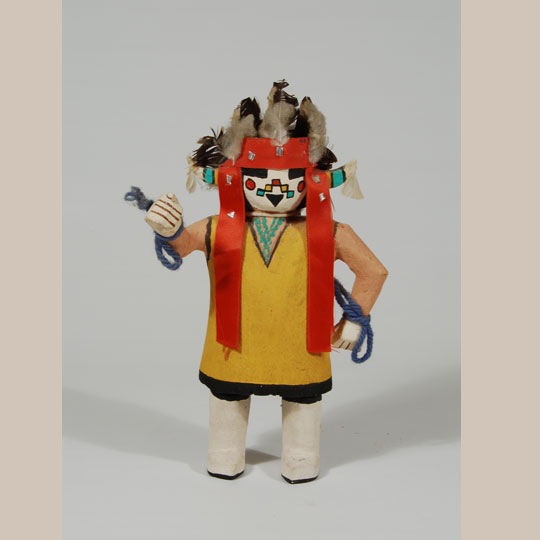 The Hopi have created Katsinas in honor of their neighbors. The Konin is a representation of the essence of the Havasupai Indian. It is not an image borrowed from the Havasupai but rather a Katsina to make use of the power of the other tribe.

In each case, there is a male (Konin) and a female (Konin Kachin'mana). The mana dresses in a buckskin dress, has an elaborate feather display on her head, and trails of red ribbon somewhat in the likeness of a feathered head bonnet.

The carving appears to date to the early 2000s.  There is no name of a carver affixed to it.

Condition: The carving is in very good condition. The right arm has separated slightly at the seam of the elbow. It has not been broken and re-glued, but has separated through expansion. 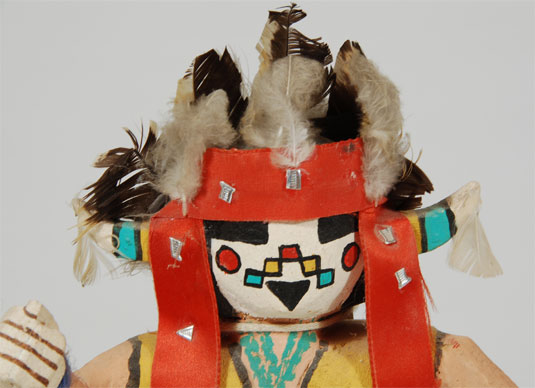