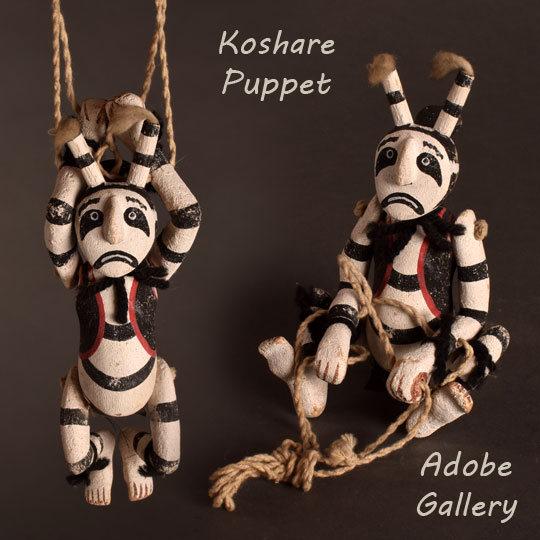 This Hopi Pueblo katsina doll carving is a puppet Koshare clown that is probably from the late twentieth century.  His arms and legs are movable and operated with the string to perform antics.  He wears a sad face with his eyes drooping downward and his mouth curved down.  He is wearing a black fabric loin cloth and a painted black vest with red edging.

We have had puppet katsina dolls in the past, known to have been made by Henry Seeni and Jimmy Koots that reportedly were made in the 1950s and 1960s but they are of a different style from this one which we believe is from the late twentieth century and by a different person.