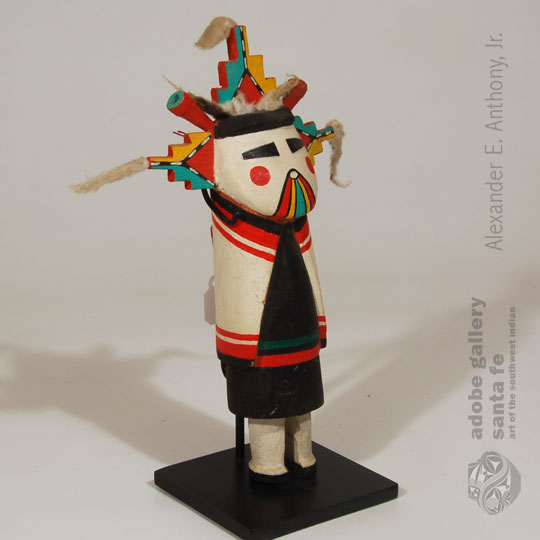 The Palhikmana is one of the more spectacular Hopi Katsinas because of the large and elaborate tableta on her head, as well as the rainbow decorations on her chin. She is a maiden with several functions. She may appear in a katsinam function as a Corn Grinding Maiden, or as Salakomana in a dance with the Salako Takas, or as a non-katsina in the women’s social dances.

Barton Wright (see reference below) places this katsina in the Night Dances group, which, as he explains, are the dances held in the kivas in January before the arrival of the katsinas to Bean Dance in February. He states that at Hopi Pueblo, Third Mesa, puppet dances in the kiva feature the Salako and Palhikmana with the Water Serpent, but this is not done at First or Second Mesas. In these puppet dances, the Palhikmana is the maiden who grinds corn.

This small carving was beautifully executed.  She is small and simple but exquisite. The painting was executed with precision.  She is provided with a metal support stand

Provenance: from an estate of a gentleman from Santa Fe 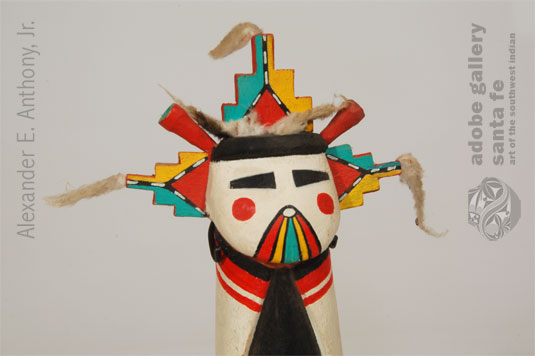