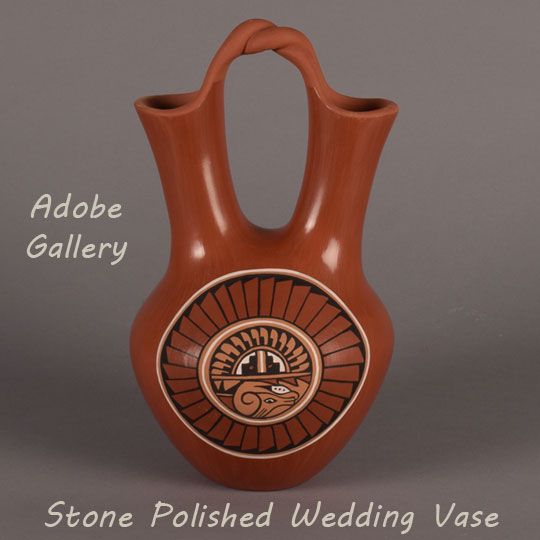 This Jemez Pueblo wedding vase by Christine Tosa has a beautiful stone polished red slip, a matte rim, arched handle, and a medallion on the body featuring a spray of feathers in a circle which surround a smaller medallion with more feathers and the head of an Avanyu (water serpent). The medallion is presented on one side of the body only, and was executed in matte finish.  The vase is dated 2008.

Christine Tosa (ca. 1950-) of Jemez Pueblo, is the daughter-in-law of Persingular Tosa, who was her mentor.  It is refreshing to see a stone-polished slip of this style from Jemez Pueblo.

Provenance: this Jemez Pueblo Stone Polished Wedding Vase by Christine Tosa is from the collection of a family from California