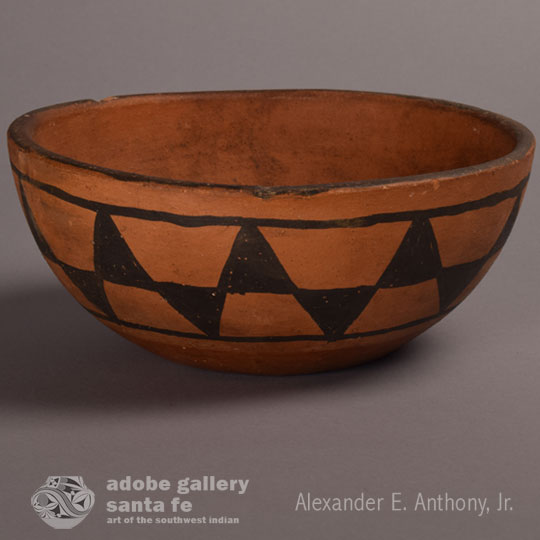 Kewa pottery is slipped with cream colored clay on which the design is painted.  In this bowl it appears that an orange or yellow slip was used for the interior and exterior of the bowl.  Such a color can be obtained by mixing Bentonite cream slip with the red clay normally used on the lower section of pottery.

The design is a double row of black triangles enclosed with an upper and lower framing line. The rim is black and has a line break that continues through the design on the vessel wall.

Condition: there was a vertical crack extending down from the rim which has been stabilized and the ceremonial line break on the rim has been abraded slightly.

Provenance: this Santo Domingo Pueblo Pottery Orange Surface Slip Chile Serving Bowl is from the extensive collection of a Santa Fe resident who unfortunately recently passed away and we received items from her estate.