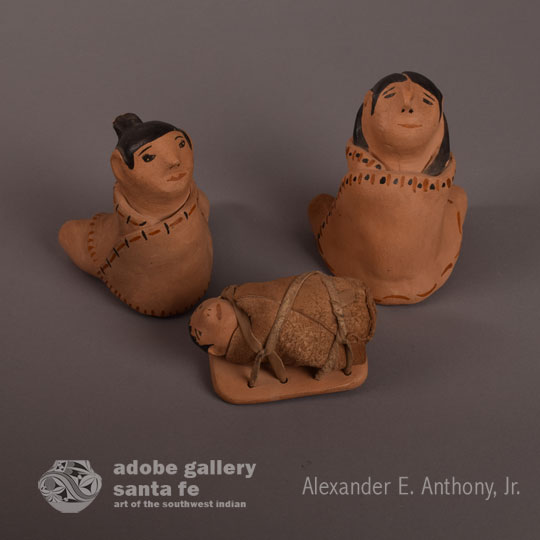 Although we do not know when Alma Concha made this three-piece nacimiento, it is obvious that it is a very early one as it is of a different style than the sets she is known to have made in 1978 and later.  Sets that she made at that time have sculpted faces but they do not have painted features, resulting in a very modern look.

Alma Loretto Concha (1941 - ) was originally from Jemez Pueblo but moved to Taos Pueblo when she married.  At the time that she made this nacimiento, she was already a resident of Taos Pueblo because she signed it Alma L. Concha, her married name.  It is always interesting to see the development of an artist’s style as time passed.

Provenance: from a nacimiento collector in North Carolina