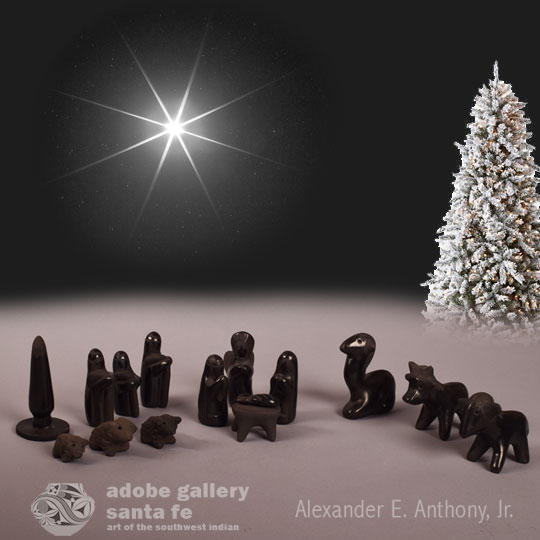 This fifteen-piece pottery nacimiento was made by an unknown potter of Santa Clara Pueblo. The set was made in the Black-on-black style with some areas stone polished and some in matte finish.  It is simply signed Maria Santa Clara with no last name. The set included Mary, Joseph, and The Baby Jesus, three shepherds and three sheep, an angel, a Christmas tree, a camel, a cow, and a donkey.  The Baby Jesus and the cradleboard are two separate pieces.  The three kings have apparently not yet arrived at Bethlehem.

Santa Clara is not known for its figurative pottery but several potters from this pueblo have made nacimientos since they became popular with collectors.  The figures are typically stone polished in the same fashion as the pottery.

Provenance: from an extensive collection of a family from Albuquerque