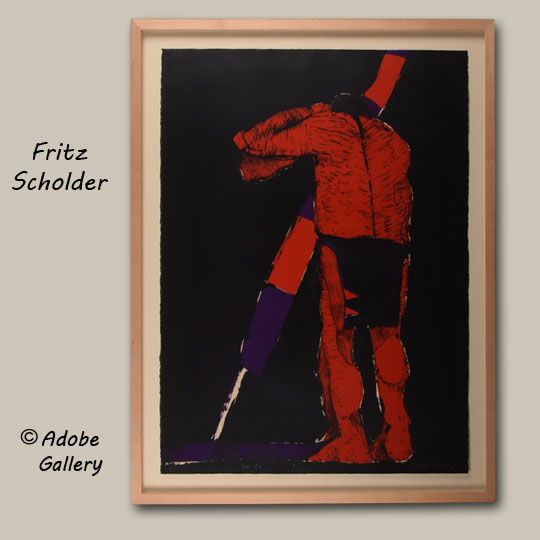 "The Odyssey #2," which was completed in 1976 in three different editions of fifty, is the best of both of the aforementioned worlds—visually arresting in its simple, black-and-white state; bold and eye-catching in its later, colored states. The third state listed here uses purple, black and red inks. It is signed "Scholder," numbered "34/50," and marked with the chop marks associated with Scholder, Tamarind Workshop, and collaborating printer Joy Purmal Baker. It was framed beautifully by Wilkinson & Company Fine Art Framers of Santa Fe.

Provenance: this State III Lithograph by Fritz Scholder "The Odyssey #2" is from the large collection of a Santa Fe resident