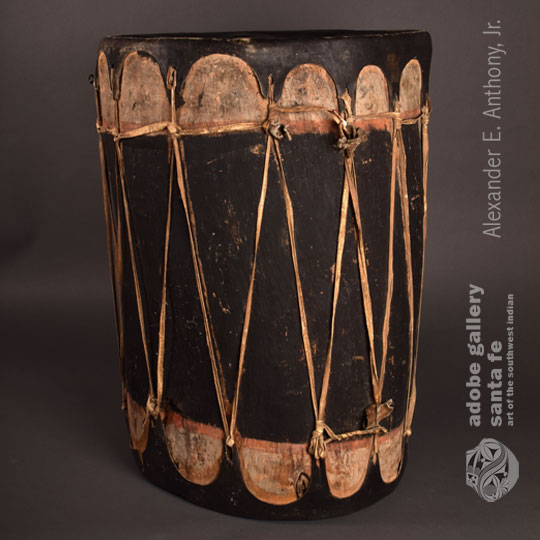 This is a very large drum made from the trunk of a very large diameter cottonwood tree trunk. This one seems too large for a person to hold for any significant time during a Cochiti Pueblo ceremonial performance. There is a handle at each end of the drum so that it could be flipped if desired. The color of the drum is black, the end caps are white, and a red band separates the two. Two of the drumhead straps are broken but both are on the same side of the drum.

Condition: this Very Large Cochiti Pueblo Vintage Wood Drum is in good condition for its age Creators of the Plains
by Thomas Mails