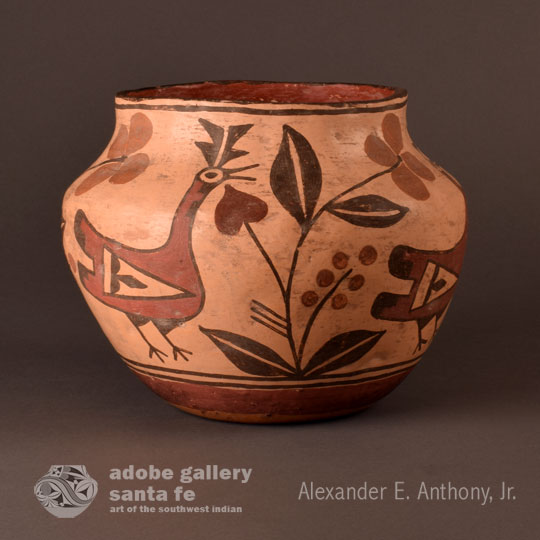 This rather primitive small Zia Pueblo jar is charming in its own way. The historic pottery vessel wall is a little bumpy, meaning that it has not been sanded smooth as have later jars. The cream Zia Pueblo liquid clay slip covering the jar has a yellowish tinge in color perhaps as a result of the potter mixing something with the clay she planned to use for the slip.

The Zia birds are charming and somewhat innocent in execution which makes them even more likable. The birds have exquisite head feathers as crowns. The plants sport orange flowers and deep red flowers, contributing to the four-color designation on this historic pottery jar.

Provenance: from the collection of a California resident