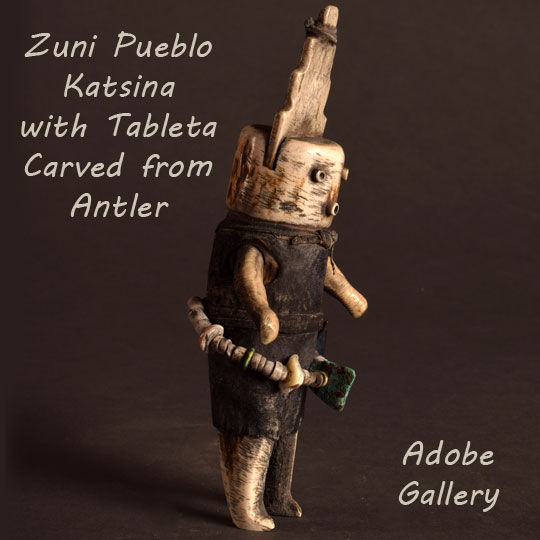 This Katsina fetish was carved from deer antler at some unknown date in the mid- to late-twentieth century. The antler was then darkened in pigment and the fetish dressed in a leather manta and adorned with a waist tie of turquoise, coral and hieshe.  Which katsina is represented is not known.

The purpose of fetishes that represent  katsinas is not known outside the Pueblo Nations, however, it is likely that they serve the same purpose as animal fetishes, that is, they are a plea by Zuni for special favors.

Condition: this Zuni Pueblo Katsina with Tableta Carved from Antler is in very good condition