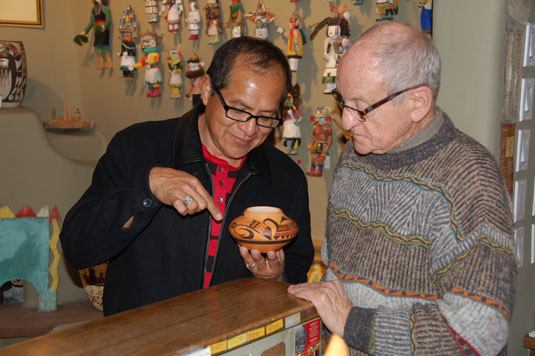 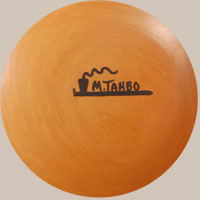 Hopi Pueblo artist Mark Tahbo made extremely thin-walled pottery vessels and polished them with expert perfection. His designs were executed with precision.  Because of his fine workmanship, he received numerous awards at Phoenix's Heard Museum Annual Indian Fair.  He also had been a consistent award winner at the annual Santa Fe Indian Market.  In 1991, he won Overall Prize at Indian Market.  In 1992 he was awarded Best of Division at the Heard Museum Indian Fair. Awards continued to be presented to him in 1993 and 1994 and later.

Mark Tahbo (1958-2017) was a Hopi-Tewa from First Mesa and a member of the Tobacco Clan.  He had been an active potter since 1978.  He came from a long line of outstanding potters, the most famous of whom was his great-grandmother Grace Chapella.  He was also the grandson of her daughter Alma Tahbo.  His siblings were potters too.  Grace Chapella, of course, is famous for living to 106 years and continuing to make pottery past her 100th birthday.

Images of Mark Tahbo and signatures are by Adobe Gallery.  ** If you discover credit omissions or have additional information to add, please let us know at Marketing@adobegallery.com.