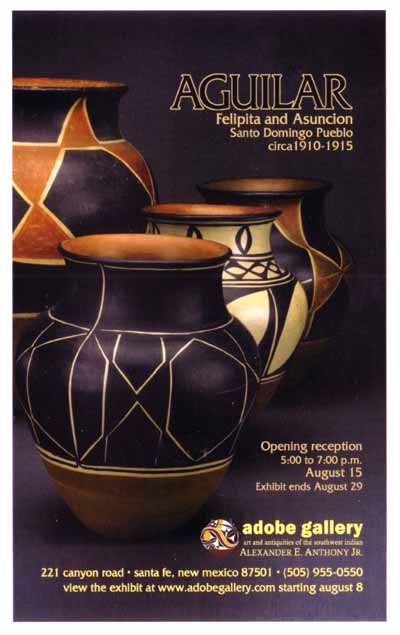 Adobe Gallery had a show on August 15th-29th, 2003. This was a phenomenal show on two sisters who potted together and were from Santo Domingo Pueblo. Little was ever know about Felipita and Asuncion Aguilar other than what's been printed in these catalogs. Because of this fact alone, this is one catalog you must have in your reference library.

They were encourage by the padre in their pueblo to do something that nobody ever did before (and hasn't been duplicated since). One sister liked the cream colored slips and the other liked the red. It is not often we would ever know who made an historic piece of pottery but theirs was very unique in style and shape. Usually their Ollas were as wide as they are tall giving it that